I have always been an avid tech user and like my laptop available throughout the day. However, there have been times when my laptop has been away for repair and a tablet or smartphone just hasn’t cut it. The Samsung Galaxy Book sits right between the two. It converts into a tablet but you can also use it as a laptop. As a laptop user, I have always struggled when taking it out and about as my primary one has a 17” screen, yet my tablet cannot do everything that a laptop can do. This device is the solution! Not only is it compact with the 12” screen, but it is lightweight at just 1.2kg and easy to fit into a handbag or rucksack.

It comes packaged in a smart and sleek black box, with a charger, pen, pen holder and keyboard which clips onto the screen and the back adjusts to position it and this doubles up as a case. It’s really easy to set up and starts up super fast. Charging does not take much time at all. I timed it at roughly an hour at the first charge. It is suggested that it may take up to three hours for a full charge though. My only complaint is that the charger cable is rather short at 1 and a half metres long. In my experience, laptop chargers are around 3-4 metres long. This is more like a phone lightning cable but you can easily purchase a longer one.

The screen has a Super AMOLED, Quad HD display which is crisp and shows colour beautifully. With a resolution of 2160 x 1440 and with 16M colours, the quality is absolutely stunning. The front of the device is black and the surrounding casing is silver which looks sophisticated and modern.

It uses Windows 10 and has 4GB RAM and storage of 128GB SSD. It does run as a laptop would. However, the capacity is the same as my phone which doesn’t leave a lot of space after installing programs. I have been using it for several weeks and I have only downloaded Google Chrome web browser which has taken me up to 70.9GB / 196GB (available). I mean no disrespect to Windows but I prefer the appearance and functionality of Google Chrome much more than Microsoft Edge. It just works better for me. You cannot open up the laptop the same way as you would open up a standard laptop or computer so it does not seem possible to upgrade the capacity. There is, however, a slot for a MicroSD, so you can store photos and documents on this to free up some of the limited space.

It comes with a 5MP webcam which isn’t bad. I have used worse cameras on more powerful devices. It also has a main camera at 13MP on the back which looks pretty good. So, you can use it as you would use a tablet or phone camera. It is perfect for video chatting and you are able to record videos. There is a built in microphone but you do have to speak up quite loud to be heard.

The battery is estimated at 11 hours but whenever I use it on full charge it tells me I have approximately 8 and a half hours left. All I have really been doing is browsing the web and listening to music or watching videos. The sound quality is actually pretty decent with it’s Realtek HD Audio and way better than my standard laptop. The volume is easy to adjust via a button on the top of the device or you can use the on screen settings. The volume range is brilliant too. Tablets don’t tend to have a good range of volume but you can go super quiet and much louder too. 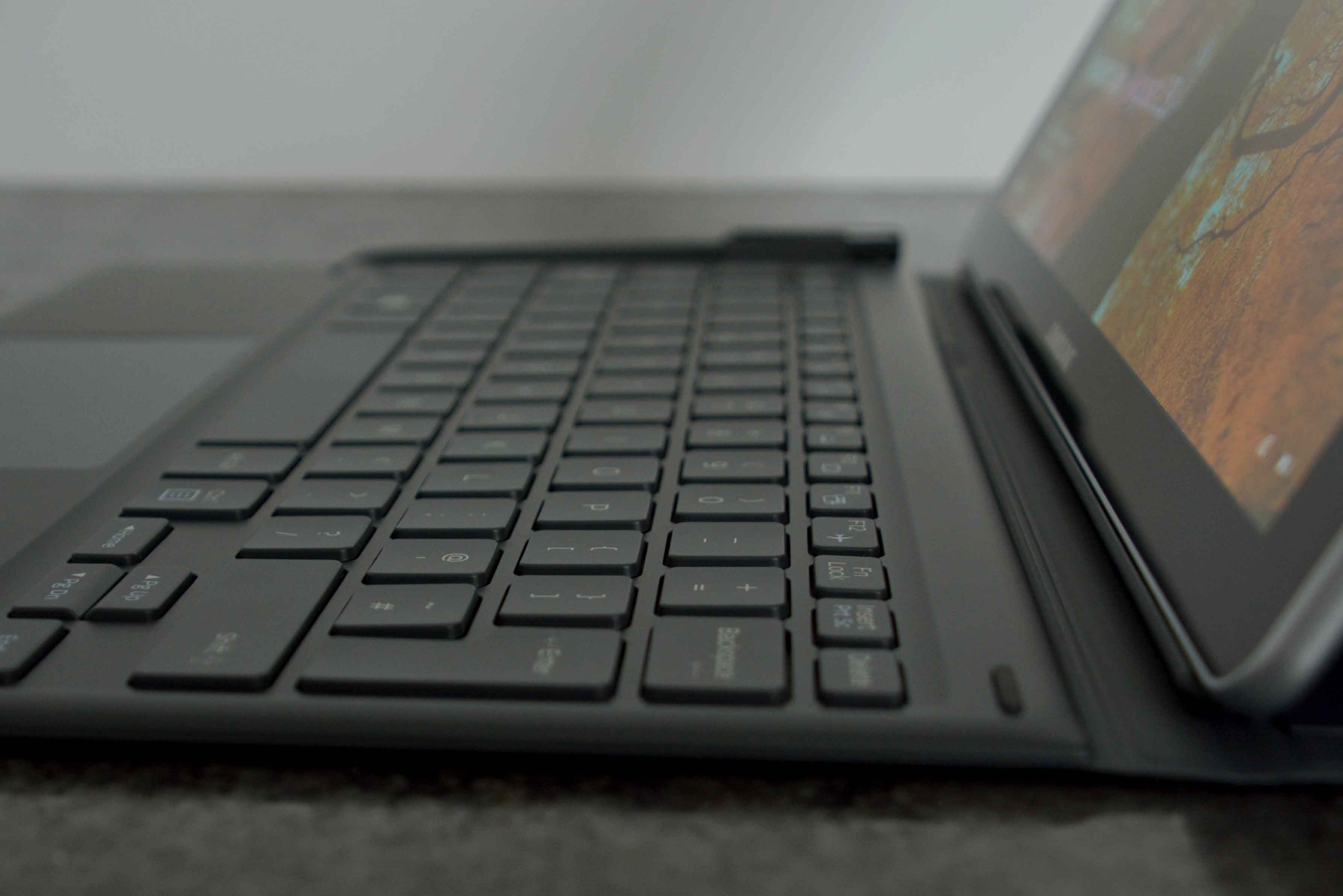 To attach the keyboard, you simply line up the tablet / laptop screen to the pins. It magnetically snaps into place. The back allows you to adjust to 3 different positions which are all comfortable to look at. The keyboard is strong and sturdy but does have a different feel to a regular keyboard. It feels clunky and has the sound that goes with that too. It can lag at times which is bad news for fast typing individuals like myself! It has the optional backlit display which always comes in handy. The mousepad also has a different feel to standard ones. It is very smooth and silky which can be a bit slippery at times. It does take a bit of getting used to but you are able to adjust the mouse speed as usual.

There is a slot on the back where you are able to stick the pen holder in it. It keeps the pen very snug but this also makes it pretty difficult to remove. It is easier to pull it out from the bottom. I have never used a pen like this before on a laptop, only on a phone. It is really comfortable to hold. I usually struggle to grasp a pen for long periods but the screen senses the pen from about 5mm away. You are able to use it to click on things, draw and highlight text. My only issue is that you cannot click into the address field on a web browser in tablet mode. You are able to use the pen on the on screen keyboard though to convert into text. You can even make drawings on programs which is great for jotting down ideas and sketches on the go.

One of the things I was curious about before getting this device were the ports. There is absolutely no optical disc drive which can be difficult for installing some programs. It is still possible to download them through the Windows app store where you can also purchase games, music, movies and TV shows. On the left side of the screen is the micro SD card reader which needs a pin (included) to open. The right side features two USB Type-C ports and a 3.5mm jack for headphones. I have purchased a few USB adapters so that I can plug in peripherals which require a USB port. I really recommend doing this. The charger is inserted into a USB Type-C so you only have one spare if you are charging it at the same time.

As for the software included, you get most of the standard programs including WordPad, Calculator, Camera, Paint, Notepad, Windows Media Player and lots of others. There is something called 3D Builder where you are able to create, download and modify 3D shapes and have them physically sent to you. SketchBook is an excellent program which allows users to create digital painting and illustrations. The pen works really well for this and lets you make some stunning designs. Samsung Notes is a great way to make notes using the pen too. Use it as you would a note pad for that shopping list, to do list or more simple sketches. The pen makes it really easy to be paperless when using the laptop out and about. It also has some games: Bubble Witch 3 Saga, Candy Crush Soda Saga, March of Empires: War of Lords, Microsoft Solitare Collection, and Minecraft Windows 10 Edition. 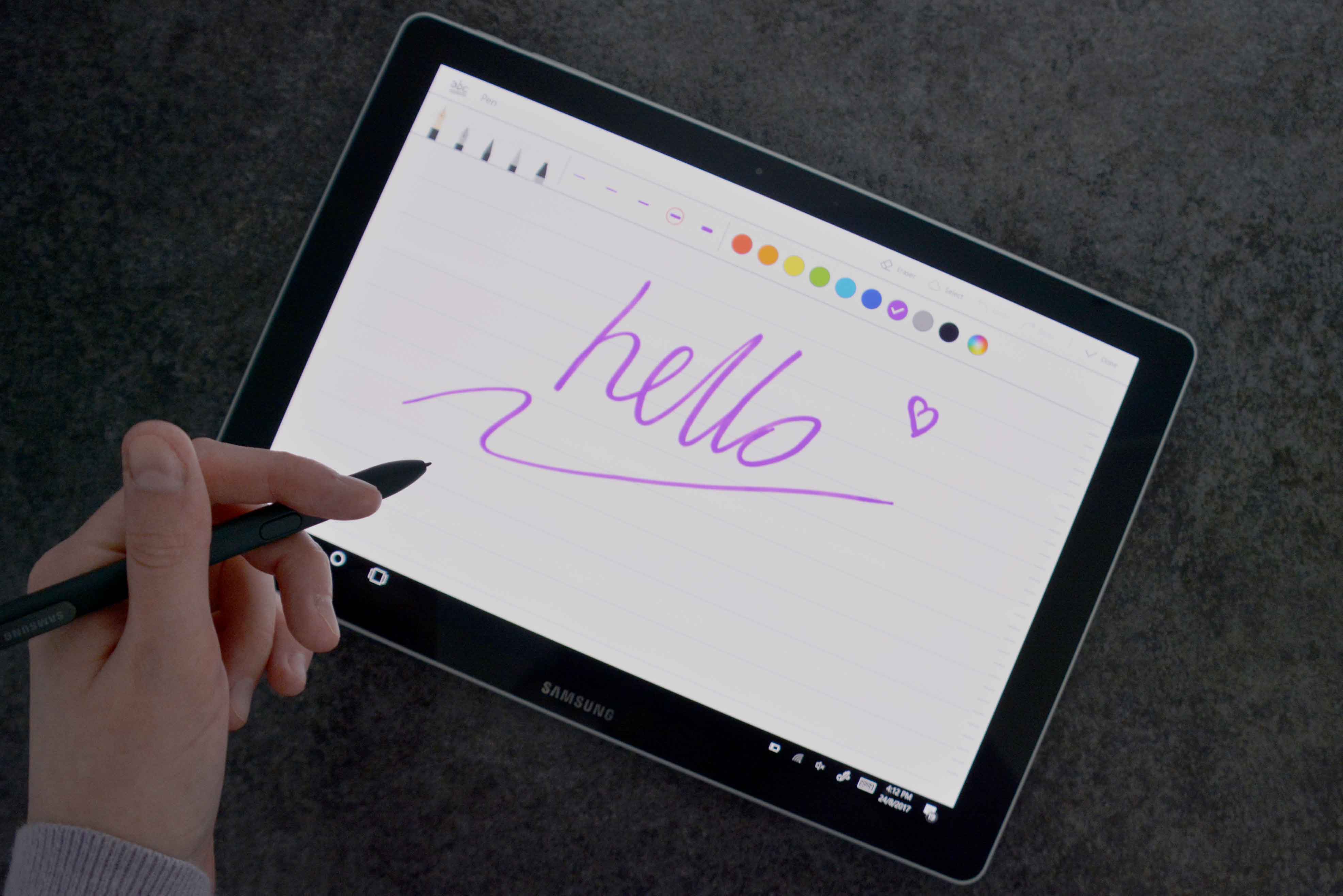 All in all, it’s a great little convertible laptop. Perfect for students, bloggers, travelers or anyone else. Skeptical at first, I wasn’t sure if the laptop would be very powerful but it’s pretty good and has outlived my expectations. It gets very warm when using programs which require more power from the computer. You have to remember that it is a computer and the fan can be noisy but not too loud. However, I would not suggest it as a machine for gamers due to the type of device, storage space and the fact that you cannot upgrade parts.

What do you think of the device?

Battery Life:
Up to 11 hours

This site uses Akismet to reduce spam. Learn how your comment data is processed. 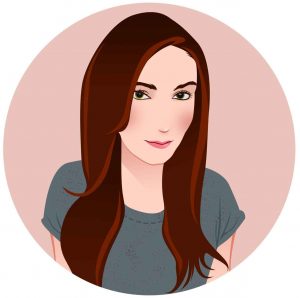